By means of hydrotransportation, solids in a carrier fluid, which is mainly water, can be transported through a pipeline over distances of up to 300 km. FELUWA MULTISAFE® double- hose diaphragm pumps enable the efficient and reliable pipeline transport of solid-liquid mixtures with only one pump station. These hermetically sealed positive displacement pumps not only achieve a significantly higher level of cost-effectiveness than traditional transports by road or railroad, the process is also environmentally friendlier and conserves natural resources. 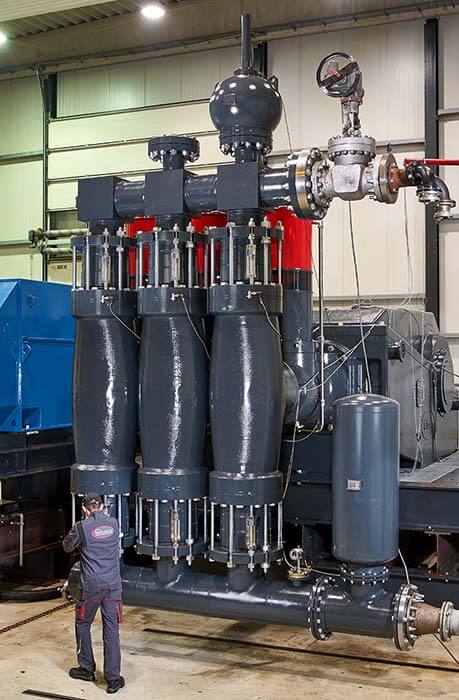 FELUWA Pumpen GmbH delivered three MULTISAFE® pumps type TGK 500 - 3 DS 350 to a copper producer in Russia. They will be used in a mine for the disposal of thickened tailings. Important ecological aspect: By pumping thickened mine waste, considerable amounts of water and energy can be saved.

In the case of the Russian copper mine the goal was to extend the operating life of the existing reservoir. This resulted in the necessity to reduce the water content in the tailings. The increase in the solids content from 17 to 70 percent leads to a heightened discharge pressure of 80 bar, which is still in the lower range for FELUWA pumps, since they are able to handle pressures up to 350 bar.

Another advantage of this approach is that the thickened mine waste could be pumped into the old open-cast mine and be recultivated afterwards. Building a new reservoir became redundant.

In summary, the high solids content in the medium saves up to 44 million m³ of water per year. Useful for comparison: The football stadium “Allianz Arena” in Munich, Germany, corresponds to a volume of approx. 3 million m³ and could be filled with this amount of water more than 14 times a year. The FELUWA MULTISAFE® double hose-diaphragm pumps thus contribute to considerable savings in natural resources at maximum process reliability. 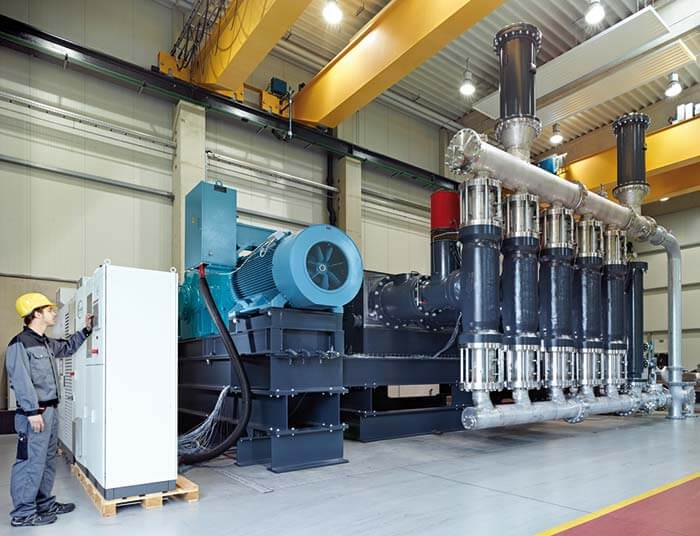 The pumps the success story of success of the FELUWA MULTISAFE® pumps. Among other things, FELUWA is proud to have delivered the world's largest piston diaphragm pumps. Three 5-head Quintuplex double hose-diaphragm pumps have been successfully utilised for years in a copper mine in Mexico to reliably transport an extremely aggressive mixture of seawater and solids.