A look at the company history shows that flexibility and innovation strength were always in demand in order to develop products, open up markets and master difficult situations.

Today’s company has its origin in a machine factory founded by Max Brandenburg in 1894, which was converted into Berliner Pumpenfabrik AG in 1906. In 1927, the director, Georg Fabig, invented the SERO-side channel pump and successfully applied for a patent in 1929. Due to the world economic crisis in the same year, the focus of the product range was entirely on this one pump type. Georg Fabig also converted the company into a GmbH.

After the destruction of the Berliner Pumpenfabrik in the Second World War, a new company, the SERO Pumpenfabrik GmbH was founded in Düsseldorf in 1949.

When Albert Zientek joined the company as commercial manager – a consistent reorientation towards the chemical industry and process engineering began from water technology. At the same time, the marine and shipping market continued to be served. 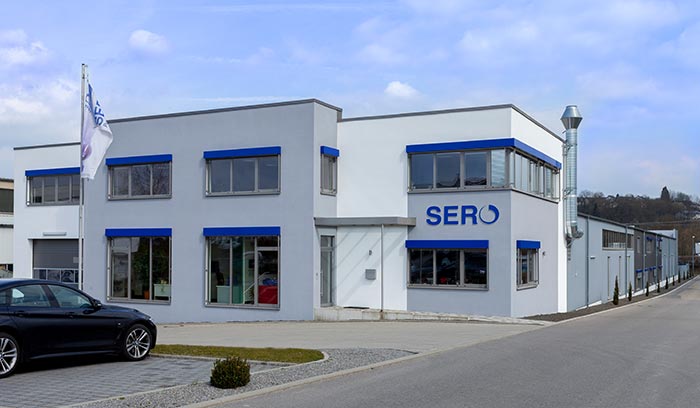 Together with the service company SMW Service und Pumpentechnik GmbH in Neidenstein and the two subsidiaries in Houston and Singapore, SERO Pumpsystems will continue to grow in the role of the innovative problem solver who offers its customers professionalism and added value.

For this reason, the company is also clearly focusing on the development and production of side channel pumps with a high level of vertical integration.

Side channel pumps are used for pumping small quantities of media under medium to high pressures.  The hydraulic is self-priming in nature and has the ability to pump fluids with a high amount of entrained gas and low NSPH values. With the addition of the new SHP series, a side channel pump is now available that can produce a delivery pressure of up to 100 bar – about three times more than usual. 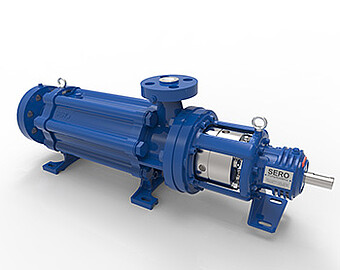 In short, SERO PumpSystems GmbH has many reasons to celebrate in 2019:

125th birthday celebration of SERO!  The 90 year anniversary of the initial patent grant for the self-priming side channel pump. The 60th year of operation at the Meckesheim location including the new construction and expansion of the site 10 years ago.