This change is particularly positive at pumping media with crystallizing MAP

Until early 2013, a conventional rotary lobe pump was used to pump centrate into the aeration tank of a wastewater treatment plant in Bavaria, Germany. However, significant signs of wear appeared quickly, particularly on the elastomer lobes, due to the high content of magnesium ammonium phosphate (MAP) in the water. The unit required frequent maintenance. For this reason, the decision makers decided to replace the pump with a more robust and reliable model. They chose TORNADO® T2 T.Envi® rotary lobe pump by NETZSCH Pumpen & Systeme GmbH from Waldkraiburg, Germany. It is specially tailored to the requirements on site, and thus guarantees maximum operational safety. Wear could be minimized due to the reversal of material, typical of this particular model series, where metal lobes rotate in elastomer housing. This sets the T2 apart from rotary lobe pumps made by other manufacturers. 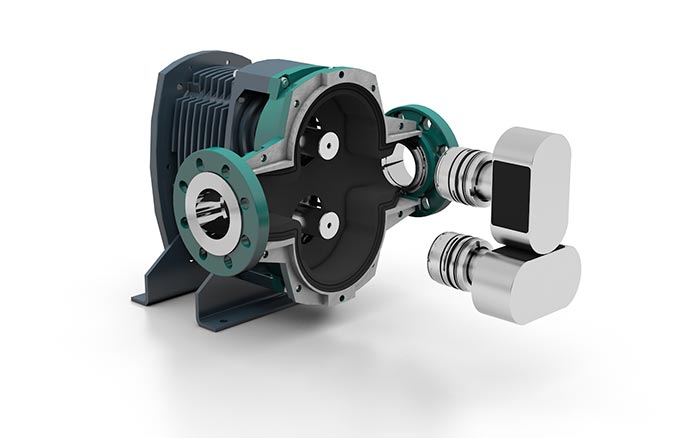 Wear could be minimized due to the reversal of material, typical of this particular model series, which makes the metal lobes insensitive to the difficult medium. A big advantage of the NETZSCH TORNADO® T2 T.Envi® rotary lobe pump.

"Water discharged from the centrifuge - that is, the centrate, which is then pumped into the aeration tank - is contaminated with ammonium, nitrogen and MAP," explains the plant supervisor. "The latter is a salt of ammonium, magnesium cations and phosphate anions, which crystallizes during the pumping process. It caused premature wear of the conventional rotary lobe pump, which was used until January 2013. "It affected mainly elastomer lobes. Their tips showed wear on a regular basis, because most of the dynamic forces act on these components. As a result, it was necessary to service the unit annually.

In order to avoid this effort in the future, the plant managers decided to replace the previous model with TORNADO® T2 rotary lobe pump of the T.Envi® series. Maximally robust and long-lasting design was at the heart of the development of this type of pump. Its characteristic feature is a reversal of material: Based on decades of experience with progressing cavity pumps, the lobes in NETZSCH rotary lobe pumps of the new generation are made of hardened steel. Pads vulcanised onto the edges of the lobes create continuous hard-soft contact at any time during rotation, like in progressing cavity pumps. This prevents high-wear friction of rubber against rubber, which is typical for other models. The specially attuned shapes of the rotary lobes and housing not only improve the pumping capacity, but also reduce friction and energy consumption. The rotary lobes run in a rubberised and flow-optimised housing.

The T.Envi® has been in service at the German sewage treatment plant since February 2013. Its special design dramatically reduced pump wear: The metal lobes are insensitive to the difficult medium and do not wear out.

Extremely high-quality materials and components were also used for the other parts of the rotary lobe pump. Torsion- and bend-resistant shafts, for example, guarantee reliable operation even at high pressure. Robust angular contact ball bearings guarantee the axial and radial stability of shafts and rotary lobes. The belt drive ensures that the pump unit operates extremely smoothly. This results in a reduced load and fewer vibrations, which affect the components. The service life is thus significantly longer overall.

The maintenance is also much simpler, compared to the previous rotary lobe pump. Since the sys-tem is not lubricated, time-consuming lubricant changes and the risk of leakages are a thing of the past. If T.Envi® requires service or repair nonetheless, direct access to the pump chamber means work can be performed quickly and, above all, easily. After removing the drive cover, also the en-tire synchronised belt drive can be accessed. Workload is kept to a minimum and downtimes are shorter. 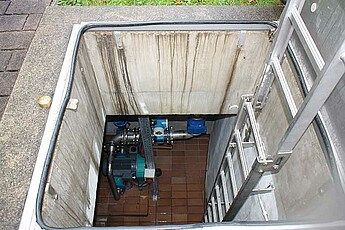 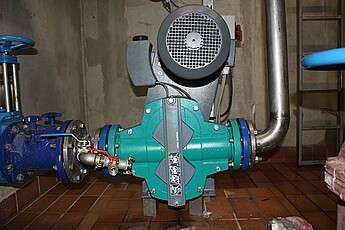 The management of a German wastewater treatment plant decided to replace its previous rotary lobe pump with a TORNADO® T2 T.Envi® pump by NETZSCH Pumpen & Systeme GmbH. It is specially tai-lored to the environmental requirements on site, and thus guarantees maximum operational safety. The T.Envi® has been pumping centrate into the aeration tank since February 2013 - with an annual conveying volume of approximately 22,000 m3, but no wear.