Pumps on a diet: Intelligent controls help save costs

Only two-thirds of all pumps use intelligent controls 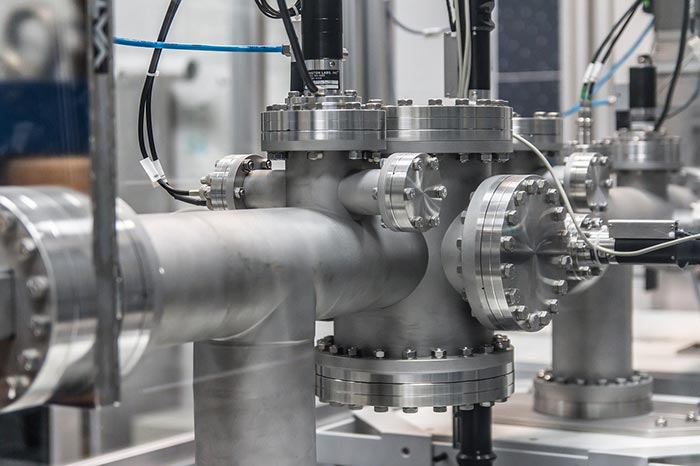 Whether it is municipal water works, chemical production, or fuel supply, in many areas of our daily life literally nothing would run without pumps. In the process, many transporting units carry out their work extremely discreetly. Out of sight and with low maintenance demand, their existence can be nearly forgotten depending on their location.

While this speaks for their reliability and long service life, it can also lead to drawbacks. According to estimates, only two-thirds of all globally installed pumps feature intelligent controls. Given a total number of roughly 100 million transporting units worldwide, this means that over 30 million pumps operate without intelligent controls.

The inevitable results are high losses as well as major ecological and economical disadvantages, as roughly 10 percent of the world’s total electrical power is used by motors for pumps. It is estimated that approximately 18 terawatt hours of energy could be saved if all transporting units utilized intelligent controls.

One type of pump capacity control may have been widely used for a long time, but it is no longer state of the art. This type involves throttling by means of a valve, block, flap or other similar device. Not only do they place a burden on the pipe system, but also on energy costs. After all, a pump continuously rotates with the same output and the same consumption, even if the flow is reduced via one of these methods. For this reason, throttling should be replaced with intelligent control.

How does control of a pump work?

The simplest, most flexible, and most effective way of controlling a pump powered by electrical energy is the use of a frequency converter. Such a power converter generates a variable alternating voltage whose values can be oriented to the transporting demand. Thus, only the energy required for the current operation is consumed. The result is an immediate effect on energy balance.

A sample calculation illustrates the possible amount of energy savings from the use of a frequency converter: An electric motor, which runs at two-thirds of its maximum speed as a result of the control, uses only about one-fourth of the energy compared to its maximum output. This reduction corresponds to the so-called affinity laws that define the relationship between different load magnitudes.

For operating companies, this means that under favorable conditions, a return on investment is often reached faster than anticipated since most pumps can be retrofitted with a frequency converter. For example, instead of allowing a centrifugal pump for service water to rotate constantly, it will run only when the water is actually needed – and only at the speed necessitated by the current demand.

The demand-based control of pumps with a frequency converter is therefore capable of optimizing both the handling demand and the electric bill. Pump output and energy consumption are only as high as is strictly necessary. There is hardly an easier tool for pump system operators to use to lower their energy costs, and thereby reduce overhead costs and contribute positively to the environment in equal measure.