Leakage protection against loss of media

Systems trigger an alarm in case of leakages 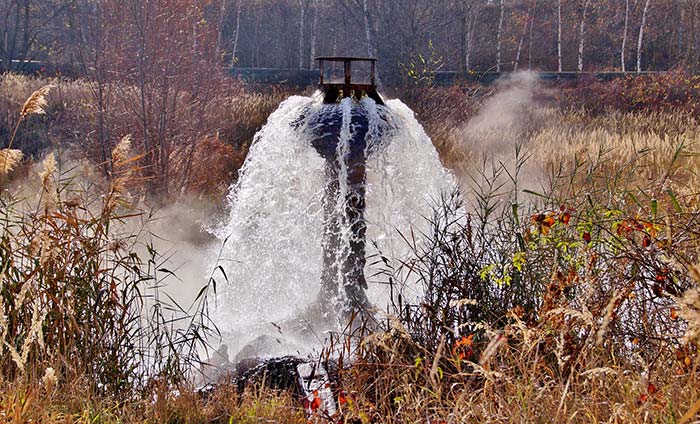 Every year, World Water Day demonstrates the value of this precious commodity: Water is a vital resource, but for a large portion of the world population it still cannot be taken for granted. Even in highly developed regions such as Europe, the handling of water still leaves a lot to be desired in terms of efficiency. For example, up to five percent of the water transported in Germany's public water supply is being lost.
Such enormous losses are particularly a question of cost. Renewing infrastructure is expensive – a fact that is known not only by the public sector, but also by every entrepreneur. Preventing leakages can quickly pay for itself, however – especially in the operations of private-sector companies. After all, it is not just water being transported here, but often expensive fluids which are even harder to replace.

Two infrastructure components are essential for reliable fluid handling: Pumps and pipe systems. Unnoticed leakages occur especially with the latter, as they are generally located outside the view of the plant personnel – often even buried. Fortunately, pumps at least can be equipped with technologies that detect leakages. Manufacturers of pumps, as well as of automation technology, offer systems for leakage detection. The systems are often installed at the frequency converter that controls the pump, or as a compact module inside the switch cabinet. As such, a close proximity to the pump or pipe system is not absolutely necessary: Units that are monitoring several pumps at the same time can partially be installed up to 250 meters away from the transporting unit.

A change in energy consumption can indicate leaks

Systems that are installed in the switch cabinet or are a part of the frequency converter, detect leakages by means of the pump's power consumption. In general, the pump requires more power during operation the faster it runs. If an increased speed does not lead to a corresponding increase in energy demand, the system triggers an alarm.
These precautions offer system operators multiple protections at the same time. On the one hand, they can locate leaks before significant amounts of the material transported exit; and on the other hand, such a system protects the pump against possible damages due to dry running or missing circulation, e.g. in cooling systems. The system for leakage detection is then able to reduce the drive speed to protect the pump against overheating.

It is best to consider leakage protection right from the start

Whether leakage, dry running, or damages to the product handled; suppliers of efficient pump technology deliver solutions that handle every desired medium in a safe and energy-saving way. Are you still uncertain about which pump technology is the right one for your application? Star Pump Alliance offers an extensive overview of the most common types of pumps, with which all types of media and under all types of different conditions can be pumped. Discover it now!