In the early phase of industrial development, they were responsible for operating well fountains or draining mines. Some historic pump houses can be visited today.

Three percent efficiency – it would make every installation manager blush nowadays, but it was a masterly performance in 1842. Four metric tons of hard coal were used every day to operate the steam engine pump house for the Castle of Sanssouci in Potsdam. The 60-kilowatt output it generated was used for the water fountains of the park. It allowed them to shoot water columns to a height of 38 meters. After the original steam engine was replaced with a new one in 1895, the system was finally converted to centrifugal pumps with electrical drives in 1937. The steam engine pump house has remained intact until today. In 2017, it was officially recognized as an historic landmark in engineering architecture in Germany. 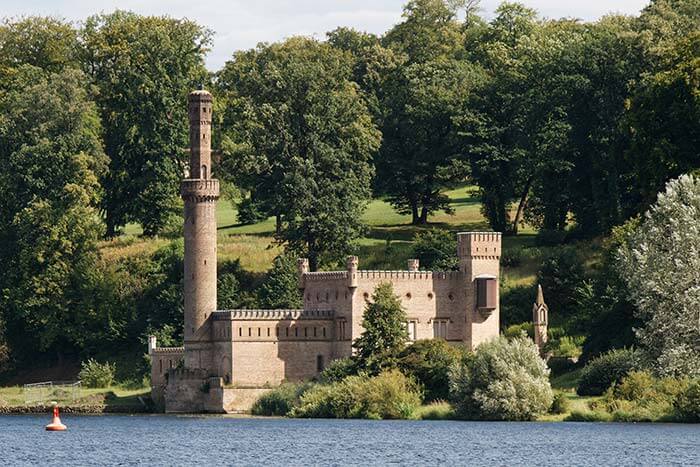 Different handling of the witnesses of the past

Historic pump houses can still be seen all over Germany. While the steam engine pump house with its orientalizing architecture directly at the shore of the Havel is truly eye-catching, many inconspicuous buildings catch the eye only of an attentive observer. The pump house of the Botanical Gardens in Munich is somewhat hidden and can be viewed only from the outside while walking through the park. The last time the historic utility building for the steam engine spring in Salzgitter received any attention was in 2018 – because it was threatened with decay.

At other places, the witnesses of the past are utilized in a more creative way: The pump house of a historic mine complex at the Itzenplitzer pond in the municipality of Schiffweiler in the Saarland, built in 1908, is used for weddings, baptisms, and other celebrations a hundred years later. No wonder: It can be reached only via a footbridge, and the stilted building in an idyllic setting on the water offers a beautiful view across the pond. 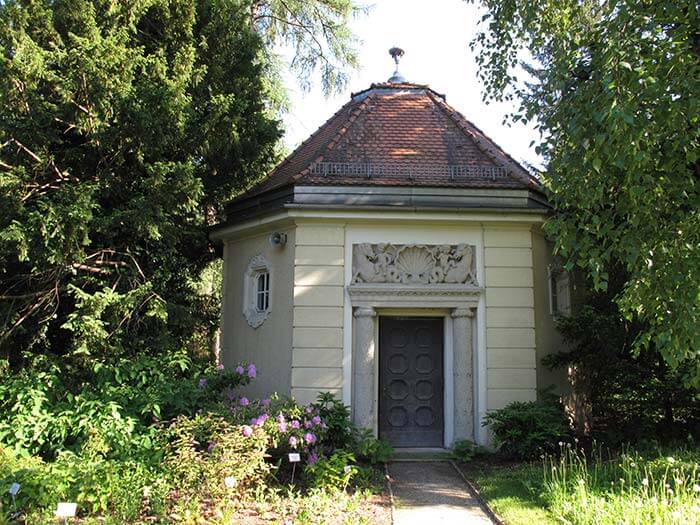 Rather inconspicuous: the historic pump house in the Botanical Gardens in Munich. (Source: Wikipedia, Schlaier)

On discovery tour online or on site

Those who want to work more intensively with historic buildings and their interior are best served in Potsdam: The Prussian Palaces and Gardens Foundation Berlin-Brandenburg offers regular guided tours through the steam engine pump house for Sanssouci, starting again on a regular schedule on May 3rd and on June 7th. As long as a visit on site is not yet possible, pump fans can tune into a radio broadcast from SR2, for example.

And anyone who is more interested in state-of-the-art pump technology that provides more efficiency than its historic predecessors will find the right selection with the PUMPselector: The online tool provides easy access to individual inquiries for all types of pump technology. 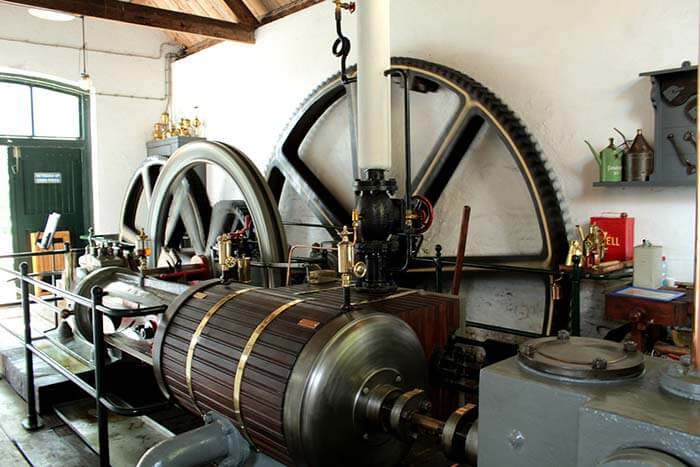