Preventing the pump 4.0 from becoming an energy guzzler 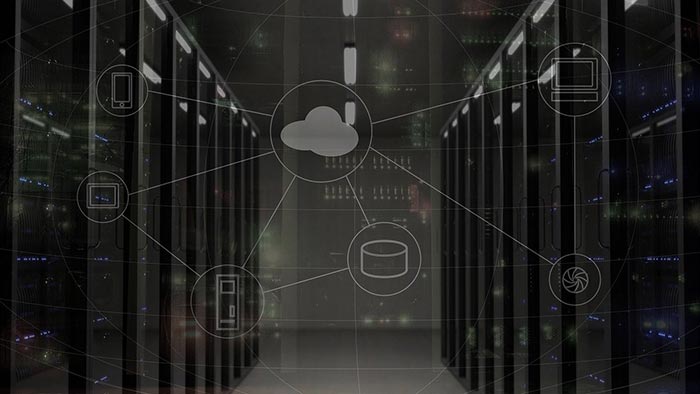 Networking helps to save energy, but the necessary sensor system also requires energy. A key project aims at reducing the energy demand to a minimum.

The digitalization of the world not only solves old problems, but also creates new ones – for example, tremendous energy consumption. Whether for private consumers or in the Industrial Internet of Things (IIoT), computing centers and distributed components require energy to digitalize and network systems.

Where only remote monitoring or the remote control of a few wastewater pumps in a wastewater treatment plant is concerned, the networking energy demand is not excessive. In large chemical plants, however, the process media are handled by hundreds or even thousands of pumps. If the operating company decides to update all of its process-engineering components in accordance with the fourth industrial revolution, the energy demand of the digitalization project threatens to negate the benefits of increased efficiency and longer service life.

Even if the energy is gained from regenerative sources, it only reduces the impact on the ecological footprint – but this footprint must always be assessed together with the economic effects. Moreover, environmentally friendly energy production cannot yet be guaranteed everywhere. Besides, energy efficiency always pays off, especially from an economic perspective.

Various research projects are concerned with the energy consumption of networked intelligent components such as sensors and actuators – among them is the Fraunhofer Society’s lighthouse project “Towards Zero Power Electronics” (Zepowel). In this context, several Fraunhofer institutes are looking for ways to create electronic components with the least possible energy consumption.

The Fraunhofer Society cites a study by the International Energy Agency in Paris. According to this study, as early as 2013 the energy consumption of all networked devices worldwide was at nearly the same level as the total demand for electric energy in all of Germany. The Zepowel project intends to counteract this development with exceptionally energy-efficient sensor nodes.

Eight Fraunhofer institutes have joined forces for this particular purpose. Two solutions that approach the challenge from different angles are to be revealed in the course of this year; the first being a self-sufficient sensor that supplies its own energy and collects data, and the second being a sensor node that detects the operating state of machines, motors, or pumps in order to reduce energy demands.

"The sensor node hardware, which we developed in the project, is characterized by the fact that it can be built in a modular way from different components and therefore can be adapted to different application purposes,” says Erik Jung, project member at the Fraunhofer Institute for Reliability and Microintegration (Fraunhofer IZM). This institute combined the individual developments from the rest of the participating institutes to produce a functional, integrated unit. "Some partners contributed their knowledge of the design of efficient chips and control electronics, others of the design of small and efficient batteries and energy converters. Others contributed their expertise concerning secure wireless protocols.”

The energy-sufficient sensor node can enter into an energy-saving deep sleep mode when its functionality is not needed. In this state, it will use only a few nanowatts. It starts up only after it is activated wirelessly. "The nodes are tiny, maintenance-free and cost-efficient and can be used at many locations – this provides us with a very fine-meshed measuring network,” according to Jung.

The second sensor node type will be used in machines with rotating motors, initially not in pumps, but in machine tools provided by an industry partner. Besides the measurement technology, the sensor node will also feature power electronics for the control of 15 kW at switching voltages up to 850 V. When it is coupled with the machine, it can power it up or down depending upon demand or adapt it to the respective demand speed.

“There are still numerous machines in today’s industry that are not speed-controlled,” Jung stresses. Since a replacement is often more expensive than upgrading existing models with sensor technology, this option would save a great deal of energy. “At a rough estimate, about 20 percent of carbon dioxide emissions could be saved throughout Germany if intelligent sensors with integrated control were to be used extensively in the industry,” says Jung.  The Zepowel lighthouse project will contribute to this goal. 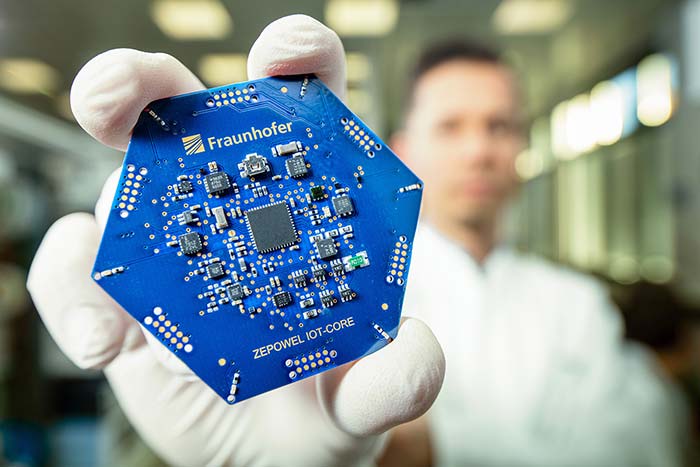