Clean drinking water from the river 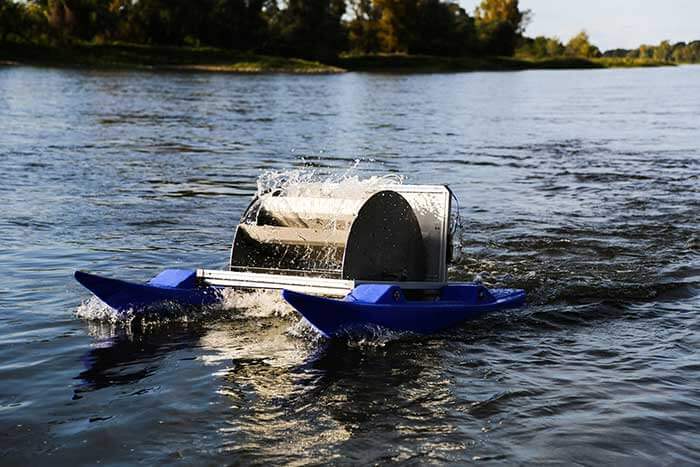 The safe supply with drinking water in the Western world easily clouds the view for those regions where the drinking water quality is not as good as it is in Germany. While requirements are being followed and limits are being met in this country, other regions of the world show a completely different picture. In many cases, the water treatment is not organized by the government. The Waver from Inflotec was developed for such regions. The name of the installation is derived from the German term “Wasserkraftbasiertes autonomes Versorgungssystem” (hydropower-based autonomous supply system): It is intended for mobile, rapid deployment in case of an emergency, but can also be used in continuous operation. In its smallest variant, it is designed to generate 300 liters of drinking water per day – when used in running waters, to be precise.

Gaining water instead of energy

The original idea behind the installation was completely different: energy generation. Initially, hydropower was to be used to generate electricity and with a very high degree of efficiency. Company founder Martin Drewes soon said farewell to the original idea. However, the water wheel at the center of the invention was retained.

In the Waver, the flow of the river water sets it into motion. The rotation is transferred to a piston pump, which suctions the contaminated river water and delivers it to a filter system. The water is filtered in a multi-stage process and then enriched with minerals. After transportation to a tank at the shore, the water is finally ready for use in drinking water quality – generated self-sufficiently, without the emission of carbon dioxide or other pollutants.

The team of the manufacturer has already received several awards for the Waver, including the design prize Bestform Award and an award as culture and creativity pioneer. In the meantime, the product range of Inflotec continues to diversify: In addition to the original Waver for small throughput, large installations that can supply up to 2,000 persons with drinking water on a daily basis are also available. The “Green Fields” installation works without filters and is used for energy self-sufficient field irrigation.

Whether on a small or a large scale, efficient technology plays a crucial role for drinking water supply in municipal and industrial processes. Just like the Waver, pumps are at the center of attention. For large installations, it is often not easy to select the right pump. 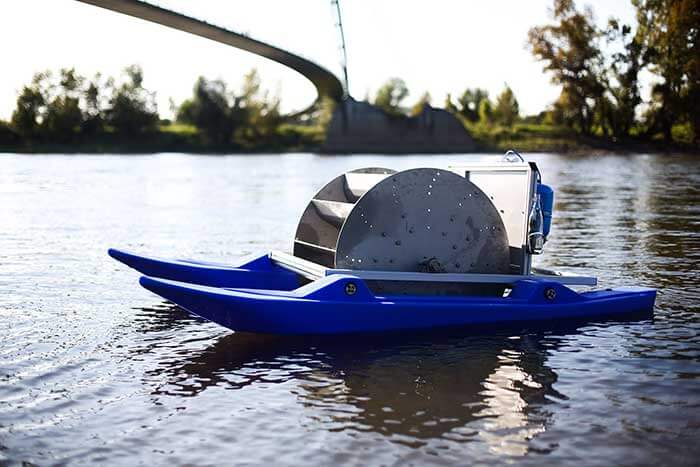