Clean Beer - All over the world 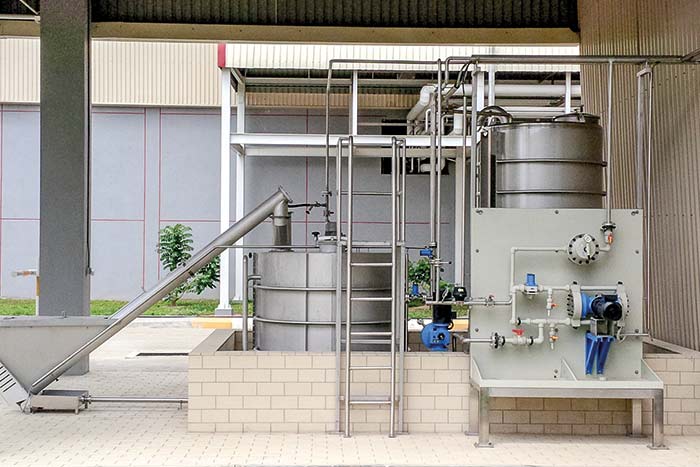 Not only Germany is a beer country. Beer also belongs to the most consumed beverages in many other countries. It is thus not at all surprising that large breweries all over the world have a network of subsidiaries that brew beer locally. Beer is also very popular in Southeast Asia. Cambodia Brewery Ltd., a wholly-owned subsidiary of Heineken Asia Pacific, uses sera technology to ensure safe cleaning processes.

Beer is one of the most popular beverages in Cambodia. Cambodians consume about 6.1 million hectolitres of beer per year or about 38 litres per person. This makes Cambodia one of the countries with the highest beer consumption in the region, even though it accounts for just under half of Germany's per capita consumption. This is one of the reasons why Heineken Brewery as one of the largest breweries worldwide is active in the capital Phnom Penh.

Approximately 50 million tons of caustic soda are produced annually and used in various ways in industry. sera has developed a cost-effective system solution specifically for use in the food industry, which has a variable but large demand for alkaline cleaning agents such as caustic soda. This enables the secure and efficient preparation of caustic soda based on sodium hydroxide (NaOH) in solid form (pellets, flakes, pearls or powder) and water.

Breweries use caustic soda on site, particularly because it is cost-effective: Transport, delivery and storage of goods in sacks with undissolved solids is significantly less expensive than ready-made solutions. The extensive building work which would have been required to accommodate the delivery of ready-made solutions in tankers containing hazardous substances is also unnecessary. Above all, however, the well-known suppliers in the food and beverage industry value the flexibility that they have with their own preparation unit: Solutions are prepared as required and their concentration can be adjusted by increasing or lowering the amount of solid materials added.  This reduces the costs and increases the operational reliability.

These factors have also played a part in the decision of Heineken, the operator of the Cambodia Brewery Ltd. in Phnom Penh, to rely on a caustic soda preparation unit from sera in its renovation of the brewery in 2016. 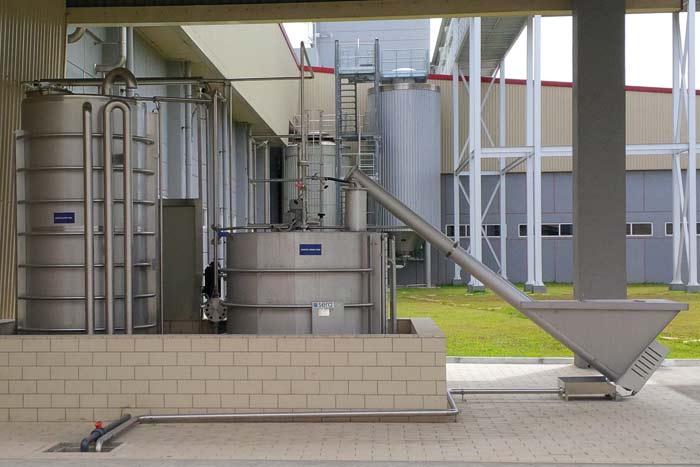 The batching tank has a level indicator with a shut-off valve, a temperature display and a pipe safety cage to prevent accidental physical contact. The prepared solution is transferred into a larger storage tank by a sera refilling system.

A sera CVD (Compact Vertical Dosing) system with a modular design is also provided to remove the solution from the storage tank and feed it precisely into the cleaning process. Together, the system enables the cleaning process to be carried out in an easier, more flexible and, above all, safer way.

sera is thus able to ensure that beer tastes like beer, even in Cambodia.